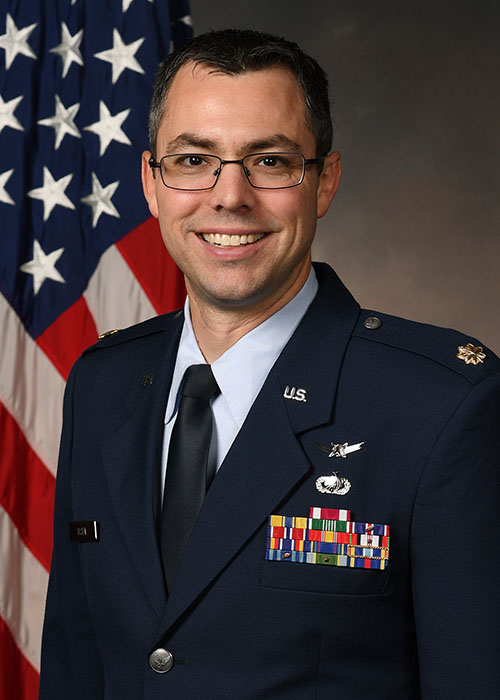 The Chief Software Office works with the Program Executive Officers (PEOs) and is responsible for analyzing current software and cloud migration plans to avoid vendor lock-ins while allowing for rapid prototyping and a streamlined process for deployment. To keep up with the pace of technology, the CSO evaluates and authorizes new commercially available off-the-shelf software and cloud-related technologies to help with their adoption across various Air Force programs based on their mission needs.

Major Olsen received his commission through ROTC from Texas A&M University in 2008, graduating with a degree in mechanical engineering. He also holds a master’s degree in systems engineering and a Doctor of Philosophy in aeronautical engineering from the Air Force Institute of Technology. His experience includes technical intelligence analysis, aerospace research, and science and technology program management.